Can I fast track my Veteran’s disability claim for non-Hodgkin’s lymphoma? 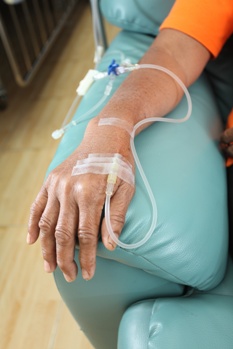 One of the most common reasons that applications for VA disability benefits are denied is that there is insufficient evidence to establish a service connection for the Veteran’s condition. However, Veterans who have been diagnosed with non-Hodgkin’s lymphoma qualify for a presumptive service connection.

Non-Hodgkin’s lymphoma is a cancer of the lymphocytes, which are white blood cells that are part of the body’s immune system. B-cell lymphomas are the most common, which affect the B lymphocytes that help protect the body against germs by making antibodies.

Treatment for Non-Hodgkin’s lymphoma depends on the type of cells affected, how advanced the cancer is, and the person’s overall physical health. Chemotherapy, radiation, immunotherapy, and surgery are some of the most common options.

Generally, the cause of non-Hodgkin’s lymphoma is thought to be related to changes that are triggered in a person’s genes or immune system. Often, this is related to autoimmune diseases or chronic infections. However, Veterans exposed to Agent Orange during their military service have much higher rates of this type of cancer than the general population. This has led the VA to establish a presumption that non-Hodgkin’s lymphoma is related to a Veteran’s service if Agent Orange exposure can be established.

If you served in Vietnam or in the inland waterways between January 9, 1962, and May 7, 1975, and have been diagnosed with non-Hodgkin’s lymphoma, you will qualify for a presumption of service connection. This means you won’t have to prove that there’s an association between your illness and the time you spent in the military.

The “fast-track” for Veterans with a presumption of service connection has been in place since 2010. For Veterans exposed to Agent Orange, it also includes respiratory cancers, soft tissue sarcomas, prostate cancer, chronic B-cell leukemia, and multiple myeloma as well as several non-cancer illnesses.

Getting the Disability Benefits You Need

The VA benefits system is far from perfect, but Vietnam Veterans with non-Hodgkin’s lymphoma should have an easier time getting their disability benefits approved because of the presumptive service connection. To learn more, contact us to schedule a free, no-obligation initial consultation.