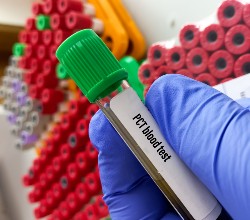 If you’re a Veteran exposed to Agent Orange during military service, you could be diagnosed with the painful skin condition known as porphyria cutanea tarda (PCT) years after leaving the armed forces. In addition, surviving spouses, children, and parents of Veterans who have died from PCT could be eligible for survivors' benefits.

What Is Porphyria Cutanea Tarda?

PCT is part of a group of disorders known as porphyrias. A person with PCT has difficulty producing an enzyme called uroporphyrinogen decarboxylase (UROD), which is vital in the body’s production of hemoglobin. While the disease is primarily hereditary, certain environmental factors have been linked to PCT—including Agent Orange exposure.

PCT symptoms vary from one patient to the next but commonly include:

How Is Agent Orange Related to Porphyria Cutanea Tarda?

Agent Orange is a powerful herbicide that cleared large patches of the jungle during the Vietnam War. Once the low-lying plants were choked off, U.S. troops were sent into the wilderness on military maneuvers—making direct contact with Agent Orange residue.

Today, the VA acknowledges a harmful connection between toxic herbicides and certain deadly diseases, including porphyria cutanea tarda. A presumptive service connection is awarded to any Veteran at least 10% disabled by PCT within one year of exposure to Agent Orange.

How Does VA Rate PCT Disability?

To qualify for benefits, a Veteran must be considered at least 10 percent disabled by VA’s General Rating Formula for the Skin. Schedular disability ratings for PCT include:

What if My VA Disability Benefits Were Denied?

If you served your country and have been diagnosed with PCT, we can help. The office of Sean Kendall, Attorney-at-Law, helps Veterans nationwide get the compensation they deserve for a service-connected disability. Call (877) 629-1712 or use our online contact form to set up a free, no-obligation consultation on Agent Orange-related conditions. You can also learn more about your claim in our free guide, VA Benefits Handbook.