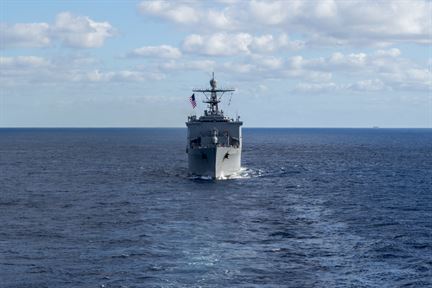 Because it is so difficult to prove Agent Orange exposure, the Department of Veterans’ Affairs (“VA”) presumes that veterans are eligible for disability benefits if they: 1) served on the ground or on inland waterways in Vietnam between January 9th, 1962 and May 7th, 1975, served in or near the Korean demilitarized zone between  April 1, 1968 and August 31, 1971, or were exposed to the herbicide in another recognized way; and 2) have one of the diseases which the VA recognizes as associated with Agent Orange. For example, a veteran who served on the ground in Vietnam from 1971-1972 and who later developed prostate cancer does not have to prove that he was exposed to the herbicide to be eligible for compensation.

While, for the most part, this system works well for Vietnam veterans who served on the ground, it completely neglects the needs of Blue Water Navy veterans who never went ashore nor operated in inland waterways. Those veterans are currently required to prove direct exposure to Agent Orange if they hope to secure disability benefits.

The House’s recently approved bill could expand the presumption discussed above to include Blue Water Navy Veterans. For example, the bill, if passed, would allowed a veteran who served in the territorial seas of Vietnam during 1964 and who later developed Parkinson’s disease to qualify for disability benefits without proving that he was exposed to Agent Orange.

The bill could result in coverage for Agent Orange-related disabilities for 90,000 sailors.

We applaud the House’s success, however, we also know that, for many Blue Navy Veterans, there is no time to waste. Therefore, we encourage veterans affected by Agent Orange-related illnesses not to wait, but, rather, to apply for disability benefits right away. If the VA denies the claim or assigns an unacceptable rating decision, we are here to help.

With decades of combined experience advocating on behalf of veterans with service-connected disabilities, includes those whose disabilities are not yet labeled presumptive, we are confident we can win you the benefits you deserve. Once you receive your initial decision, send us a note or give us a call at (877) 629-1712 to discuss the potential for an appeal.