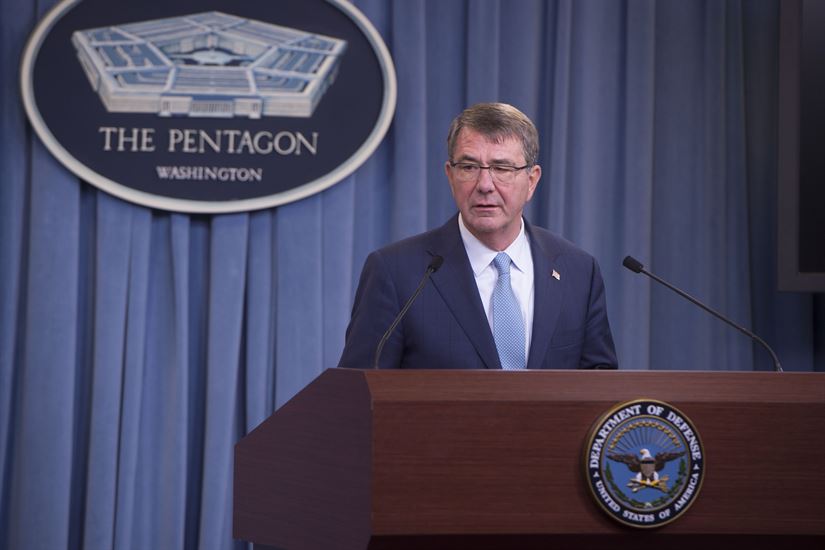 The History of Transgender Individuals in the Military

Transgender individuals have historically been banned from the U.S. military – Department of Defense (“DoD”) guidelines even labeled transgender people as “sexual deviants.” It was not until June 30, 2016 that the Obama administration lifted the ban, following the lead of countries such as Canada, Israel, and the United Kingdom. In doing so, former Secretary of Defense Ash Carter stated, “We have transgender soldiers, sailors, airmen and Marines – real, patriotic Americans – who I know are being hurt by an outdated, confusing, inconsistent approach that’s contrary to our value of service and individual merit.”

The Obama administration also authorized the use of DoD funds to meet the medical needs of transgender individuals, including sex-reassignment procedures, a decision which will cost the DoD between $2.4 and $8.4 million each year (note, for comparison, that the DoD currently spends an estimated $1.5 billion annually on tobacco-related expenses and $84 million on erectile-dysfunction prescriptions).

The stability the Obama administration’s policy created for transgender military personnel was short-lived. One year later, in June of 2017, President Trump’s defense secretary, Jim Mattis, hinted at the reversal of the Obama administration’s policy by delaying the welcoming of new transgender recruits by six months. Just one month later, President Trump tweeted the following: “After consultation with my generals and military experts, please be advised that the United States government will not accept or allow transgender individuals to serve in any capacity in the U.S. military.” This tweet was followed by an official Presidential Memorandum (“the memo”), in which President Trump echoed the sentiment of his earlier tweet, adding that, with one narrow exception, DoD resources would no longer be available to fund sex-reassignment surgery. The memo also directs the military to authorize the discharge of enlisted transgender individuals.

On October 30th, the District Court for the District of Columbia issued a preliminary injunction on most of the directives in the memo, reinstating many of the policies set forth by the Obama Administration.

The finding rested on the court’s belief that the plaintiffs would ultimately win their 5th amendment claim. The court indicated that the memo, which “classifies people based on their gender identity, and disfavors a class of historically persecuted and politically powerless individuals,” may violate the 5th amendment because “the sheer breadth of the exclusion ordered by the directives, the unusual circumstances surrounding the President’s announcement of them, the fact that the reasons given for them do not appear to be supported by any facts, and the recent rejection of those reasons by the military itself” may indicate that it was motivated by disapproval of transgender people generally rather than any legitimate concern.

This is only one of at least five lawsuits currently pending against the proposed policy.

The Court’s Decision May Improve Health Care for Transgender Individuals

While the court’s decision is surely fuel for the political fire, its implications for the lives of the thousands of transgender people in the military cannot be ignored. The decision has two crucial consequences regarding health care for transgender military personnel.

First, while the decision did not clearly state the right to use DoD funds for sex-reassignment procedures, it may have set the stage to do so in a future case where there is standing. Providing access to these procedures could reduce the risk of suicide and substance abuse amongst transgender service-members. With veterans’ suicide rates currently in the spotlight, the necessity of any measure with a real chance of helping to reduce those rates cannot be denied.

Second, by allowing transgender service persons to openly express their gender identity, the court’s decision opens the door to more a comprehensive study of how best to address the unique mental health needs of transgender military personnel, primary among which is the abhorrently disproportionate rate of Military Sexual Trauma experienced by transgender service-members.

Regardless of Who You Are, We Are Here to Help

At the Law Offices of Attorney Sean Kendall, our primary concern is that all veterans get the support they deserve. Transgender military personnel are just one group among many who experience traumatic events in the military that affect their mental and physical health, in turn impeding their ability to live full and healthy lives after service.

If you are a veteran who has a service-connected disability, you are likely entitled to VA benefits. With decades of combined experience cutting through the Department of Veterans’ Affairs’ red tape to successfully represent veterans in disability benefits and Total Disability Individual Unemployability claims regarding MST-related PTSD and countless other service-connected disabilities, we are confident we can get you the benefits you are entitled to. Regardless of whether you have yet to apply for benefits or you are seeking to appeal a denial or unacceptable rating decision by your regional office, call us today at 877-629-1712.