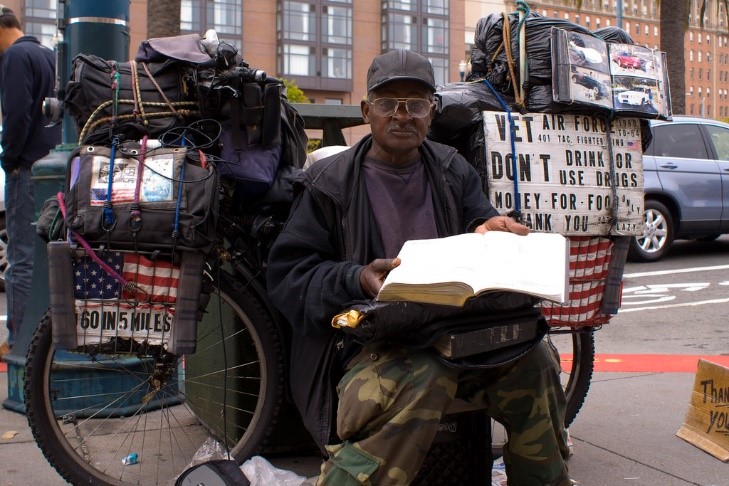 Homelessness amongst veterans is an epidemic. The U.S. Department of Housing and Urban Development (“HUD”) estimates that, tragically, 39, 471 veterans are homeless on any given day, making up 11% of the entire adult homeless population. Fortunately, nonprofits in some states, such as Oklahoma, are taking affirmative steps to ensure that the homeless veterans in their community are cared for.

On September 16th, Stand Down for Homeless Veterans (“Stand Down”) events were hosted in both Tulsa and Oklahoma City.

In Tulsa, nearly 300 veterans gathered to receive sweaters, jeans, jackets, shoes, and more, all selected by volunteer personal shoppers. In an effort to gear the event towards long-term solutions, attendees were also provided with information about an upcoming job fair.

Meanwhile, in Oklahoma City, a similar event offered medical care, case management, and, perhaps most importantly, housing services. Through the event, agencies were able to place 10 people in housing, including Rebecca Bone, an army veteran with a spinal cord injury who was on the brink of committing suicide just two weeks before the event helped turn her life around. They expect to place 15 more veterans in the coming weeks.

Despite the incredible work done by the agencies who participate in the Stand Down events, the population of homeless veterans in Oklahoma City has remained steady. According to Dan Straughan, the Executive Director of the Homeless Alliance, for every 20 veterans placed each month, another 20 fall into homelessness. This is in large part due to the lack of affordable housing in Oklahoma City.

TDIU Benefits May Be Key to the Solution

One contributing factor to the number of homeless veterans may be the fact that many veterans do not know they are eligible for Total Disability for Individual Unemployability (“TDIU”) benefits.

Because many homeless veterans suffer from mental illness or, like Rebecca, have an injury which only allows them to hold odd jobs, they are likely to qualify. In 2015, the median monthly rent in Oklahoma was $759, and nationwide it was $959 per month. Therefore, with the potential to receive $2915.55, homeless veterans nationwide, and certainly those in Oklahoma, are likely able to change their lives by applying for TDIU benefits. Lastly, many veterans that retired are unware that they may  now qualify for TDIU.

Call Us Today for a Free Consultation

If you are a veteran and the VA denied your TDIU claim, call us at 303-449-4773 or 877-629-1712, or email us through the website for a free consultation. With over 30 years of combined experience working with veterans nationwide, including Oklahoma veterans, we will fight tirelessly to get you the benefits you deserve so that you can get back on your feet. In the meantime, start preparing your TDIU claim using the tips I have gathered here.