Can I qualify for TDIU with COPD?

Also known as chronic bronchitis or emphysema, COPD is an inflammatory lung disease that obstructs airflow to and from your lungs. Common symptoms include coughing, 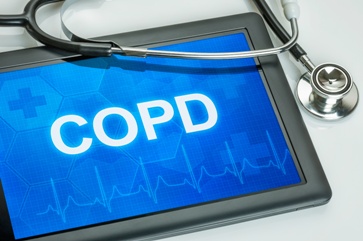 wheezing, tightness of the chest, and impaired breathing.

COPD is most often associated with smoking, but the condition can also be caused by exposure to harmful gases, sand, and dust during your military service. For example, Veterans who served in Iraq and Afghanistan after September 11, 2001, often receive a service-connection for COPD because they were exposed to open-air pits used to burn waste on military bases.

How COPD Is Rated

Ratings for COPD can range from 10% to 100% disabling, depending upon how severely the condition affects lung function. Veterans can only be rated for a single service-connected respiratory condition, so you can’t receive a rating for COPD and a respiratory issue such as asthma even if you believe they both were caused by your military service.

A 100% rating means you are considered totally disabled. However, you might qualify for TDIU benefits if your COPD is rated 60% or higher or if you have two or more service-connected disabilities with a combined rating of 70% or higher with one that is rated 40% or higher. You must also be able to show that you are unable to obtain substantially gainful employment due to the effects of your service-connected disability or disabilities.

How We Can Help

The office of Sean Kendall, Attorney-at-Law, is committed to helping Veterans access the benefits they need to provide for themselves and their families. We’ve assisted a number of Veterans with COPD, including a client who received TDIU benefits for COPD secondary to PTSD. To learn how we can help you, call our office to schedule a free, no-obligation initial case review with an experienced Veterans benefits lawyer.