A Traumatic Brain Injury Can Often Lead to Disabling Seizures 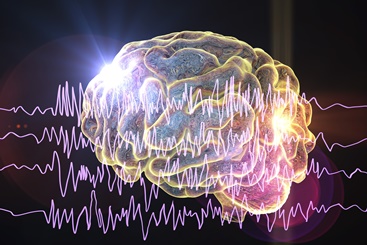 The effects of a traumatic brain injury (TBI) can disrupt nearly every aspect of a person’s life. Seizures are a severe complication that can qualify a Veteran for additional VA disability compensation.

Seizures Are Common After Head Trauma

Seizures after a TBI are much more common than you might expect. Approximately 10% of people with a TBI that is severe enough to be hospitalized will end up having a seizure within the first few days following their initial injury. Roughly 25% of these people will have two or more seizures within the first seven days.

Seizures that occur more than seven days after TBI are referred to as late-post traumatic seizures. Approximately 80% of Veterans who experience this type of seizure will have at least one more seizure during their lifetime. A substantial number will go on to be diagnosed with epilepsy.

Understanding the Difference Between Seizures and Epilepsy

Seizures are instances of abnormal electrical activity in the brain. They can be caused by a wide range of factors, including head trauma, fever, low blood sugar, high blood pressure, and alcohol or drug withdrawal.

Epilepsy is a neurological disorder characterized by recurrent instances of abnormal electrical activity in the brain. A single seizure doesn’t mean a person has epilepsy, but someone who suffers two or more seizures that are not the result of an underlying medical condition may have epilepsy. Some of the different types of epilepsy include grand mal epilepsy, petit mal epilepsy, and focal motor epilepsy. TBI is a well-known risk factor for the development of epilepsy since it can cause permanent changes in brain activity.

How the VA Rates Seizures

The VA rates seizures and epilepsy using the same criteria: 38 CFR § 4.124a, Schedule of Ratings – Neurological Conditions and Convulsive Disorders. The ratings are based on how many major or minor seizures a person has. A major seizure is defined as one that affects the entire brain and causes a loss of consciousness or uncontrollable shaking. A minor seizure is one that affects only part of the brain and causes symptoms such as rocking, twitching, or falling down. The following is a brief overview:

When a Veteran has a service-connected TBI, they are eligible for VA disability benefits for any additional complications that are the result of their brain injury. This is referred to as a secondary service connection.

To receive a secondary service connection, a Veteran must submit medical evidence providing a diagnosis and detailing the severity of their condition, as well as evidence that links the primary service-connected connection to the new secondary condition.

A Veteran with a TBI and seizures may experience impairments that affect their ability to work even though they do not meet the criteria for a 100% rating. As an alternative, they may qualify for Total Disability Individual Unemployability (TDIU) benefits that provide cash compensation at the rate of someone who is 100% disabled. With two or more service-connected conditions, a Veteran can qualify for TDIU if one is rated at least 40% disabling, their combined rating is 70% or more, and they are unable to maintain substantially gainful employment.

Ensuring that you receive compensation for all of your service-connected conditions is vital after a traumatic brain injury. If you are struggling with seizures after a TBI, our experienced Veterans benefits attorneys can help ensure that you receive the highest possible rating for your condition. Contact us today to schedule a free, no-obligation initial consultation.