Receiving VA Disability Benefits for PTSD After a TBI

A traumatic brain injury (TBI) suffered during combat can cause a host of changes to mood, behavior, and cognitive function that make it difficult for a Veteran to complete daily activities. However, one often overlooked effect of a brain injury is the increased risk of post-traumatic stress disorder (PTSD).

PTSD and TBI Are Often Interconnected

PTSD is more than just combat stress. It is a serious mental health disorder that can occur after a person experiences a traumatic event and is characterized by symptoms such as 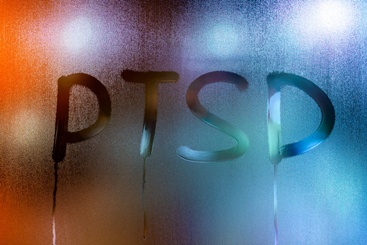 A traumatic brain injury occurs when there is swelling, bruising, or bleeding in the brain after a sudden jolt or blow. TBIs are classified as mild, moderate, or severe based on the length of time a person was unconscious, the level of amnesia present, and scores on the Glasgow Coma Scale representing responses to defined stimuli.

Since TBIs are often caused by violent combat events such as blasts or gunshot wounds, it can be difficult to determine whether it’s the experience of being injured or the injury itself that leads a Veteran to develop PTSD. However, many experts believe the structural and functional changes in the brain associated with a TBI can increase the effect of existing risk factors in those who are already susceptible to PTSD. This is sometimes why PTSD and TBI are referred to as the “perfect storm” of disabling conditions.

Separating Symptoms Can Be a Challenge

Veterans with a TBI and PTSD can face challenges getting approved for necessary VA disability benefits because many of the symptoms of these conditions overlap. However, there are some key differences:

Getting an accurate diagnosis is important because the VA will not pay Veterans for the same disability or manifestation. To receive separate ratings for TBI and PTSD, you need to show which symptoms are caused by your TBI and which are caused by your PTSD. For example, a Veteran may need to produce records showing a TBI has led to physical problems such as seizures and balance issues and the PTSD has led to behavioral issues such as anxiety, depression, and difficulty interacting with others in a socially appropriate way.

If your PTSD and TBI are rated separately, keep in mind that your total disability rating is not obtained by adding the two ratings together. Since a Veteran can’t be more than 100% disabled, “VA math” calculates total disability ratings using the percentage of the whole body after the initial disability is taken into consideration. This approach compares the effects of the least disabling condition against the most disabling condition and rounds to the nearest 10%.

PTSD and TBI Can Often Qualify for TDIU Benefits

Both TBI and PTSD are often severe enough to interfere with a Veteran’s ability to hold full-time employment. In this case, the Veteran may qualify for increased payments via Total Disability Individual Unemployability (TDIU) benefits. TDIU allows a Veteran to receive compensation at the 100% rating level even though they don’t qualify for a total disability rating using schedular criteria.

Let Us Help You Get the Benefits You Deserve

If you’re a Veteran struggling with service-connected PTSD and a TBI, a Veteran's benefits attorney can help you access the benefits you’ve earned in service of your country. Call the office of Sean Kendall, Attorney-at-Law today to schedule a free, no-obligation initial consultation.