What Veterans Need to Know About Camp Lejeune Cancer Lawsuits 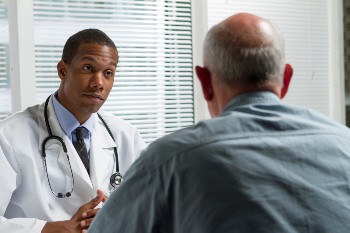 While it can often be difficult to determine what caused a person's cancer diagnosis, there is strong evidence linking Camp Lejeune's water contamination to increased rates of cancer. Water samples from the area have shown high levels of cancer-causing substances such as trichloroethylene, tetrachlorethylene, vinyl chloride, and benzene. In addition, a study released in 2014 by the Federal Agency for Toxic Substances and Disease Registry found that Camp Lejeune had a 10% higher death rate from all types of cancer than Camp Pendleton, a Marine Corps base in California that had no water contamination. The study found higher rates of cancer deaths for kidney cancer, liver cancer, esophageal cancer, cervical cancer, Hodgkin's lymphoma, and multiple myeloma.

If you believe your cancer may have been caused by exposure to contaminated drinking water at Camp Lejeune, you may have a toxic exposure lawsuit as well as a claim for VA disability benefits. The office of Sean Kendall, Attorney-at-Law, can assist you with both of these legal matters.

Typically, government entities are protected from liability in private legal actions. However, the Camp Lejeune Justice Act was signed by President Biden in August 2022 as part of the Honoring Our PACT Act and gave those who were exposed to contaminated drinking water at Camp Lejuene the right to sue the federal government for the harm they have suffered. This includes Veterans, civilian employees, and their spouses or children who spent time at Camp Lejeune or the nearby MCAS New River.

Research is still being done into what types of cancer can be caused by contaminated drinking water, but the current list of those who've filed Camp Lejeune toxic exposure lawsuits includes patients diagnosed with:

If your loved one died of cancer related to water contamination at Camp Lejeune, the personal representative of their estate can file a wrongful death claim. Any compensation that is received will then be distributed among the heirs of the deceased.

The Navy is asking water contamination victims to complete an online form, but you should not complete this form without first speaking to an attorney. Since affected individuals must file an administrative claim with the government before proceeding to trial, it's vital that you seek legal representation immediately.

Veterans who served at Marine Corps Base Camp Lejeune or Marine Corps Air Station (MCAS) New River in North Carolina for at least 30 cumulative days from August 1953 through December 1987 can receive a presumptive service connection when applying for VA disability benefits for the following cancers:

You may still be eligible for disability benefits if you have a form of cancer that doesn't qualify for the presumptive service connection. However, you will need to present evidence linking your condition to your time at Camp Lejeune or MCAS New River in order to establish the required service connection.

Family members who lived with Veterans stationed at Camp Lejeune or MCAS New River and were later diagnosed with one of these types of cancer are eligible for VA health care benefits, including reimbursement for out-of-pocket expenses up to two years before the date they first applied for benefits.

The office of Sean Kendall, Attorney-at-Law, helps Veterans from around the world with their Camp Lejeune or MCAS New River water contamination claims. We assist clients with their toxic exposure lawsuits as well as their VA disability benefits claims. To learn more, call (877) 629-1712 or use our online contact form to set up a free initial consultation.