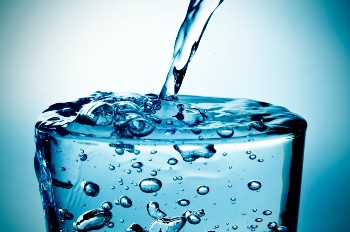 Veterans who suffered long-term health complications from Camp Lejeune water poisoning are entitled to VA disability benefits and could also qualify for compensation through an injury lawsuit. Our VA Disability law firm explains which conditions have been linked to contaminated wells and how to get the payment you need for your suffering.

Veterans who served at Camp Lejeune or MCAS New River for at least 30 cumulative days from August 1953 through December 1987 could have contracted life-threatening diseases and medical complications from contaminated wells. The VA has recognized the following diseases as presumptive conditions for Camp Lejeune Veterans, Reservists, Guardsmen, and their family members:

Benzene in the water at Camp Lejeune may cause leukemia, a cancer that causes abnormal growth of blood cells in the bone marrow. Adult leukemia is commonly treated with radiation or recurring courses of chemotherapy.

Aplastic anemia is one of many blood disorders linked to the water at Camp Lejeune. Veterans with plastic anemia and other myelodysplastic syndromes cannot produce enough healthy blood cells and often require bone marrow transplants.

Bladder cancer is the most common form of cancer found in Camp Lejeune service members. While treatable, there is no definitive cure for bladder cancer.

Women exposed to the contaminated water at Camp Lejeune suffered a much higher risk of developing breast cancer than the general population.

Cancer of the esophagus often goes undetected until it has spread throughout the body, making it an especially deadly form of cancer. Most patients diagnosed with esophageal cancer have less than a five-year survival rate.

Women serving at Camp Lejeune face an increased risk of infertility and miscarriage since specific contaminants may affect fetal development.

Contaminants in the water at Camp Lejeune are incredibly harmful to the kidneys. An overload of poisonous chemicals (renal toxicity) damages the kidneys, prevents them from filtering toxins out of the body, and can lead to kidney failure. Fatty liver disease, or hepatic steatosis, is a dangerous buildup of fat in the liver cells that can lead to the development of cirrhosis or liver cancer.

Liver cancer rates are higher in service members exposed to contaminated water at Camp Lejeune due to the chemicals’ ability to damage DNA.

Lung cancer may be difficult to diagnose in the early stages, and the outcome depends on the stage of cancer and the overall health of the patient. Veterans may require surgery, radiation, or ongoing chemotherapy infusions.

Multiple myeloma is cancer that attacks plasma cells in the bone marrow, affecting the body’s ability to produce healthy blood cells. Veterans who served at Camp Lejeune are more than twice as likely as others to develop multiple myeloma.

Some of the most devastating effects linked to Camp Lejeune are degenerative neurological diseases such as amyotrophic lateral sclerosis (ALS) and Parkinson’s disease. Chemicals from service-connected water contamination can also cause lifelong neurobehavioral changes such as learning difficulties, aggression, and problems in social interactions.

Non-Hodgkin's lymphoma, or cancer affecting the body's immune system, is overwhelmingly likely to affect Veterans who drank the contaminated water at Camp Lejeune.

Chemical-induced alterations to the immune system can result in scleroderma, a condition that causes the skin, organs, and tissues of the body to thicken and harden.

Do I Have to File a Lawsuit Against the Navy for Camp Lejeune Water Contamination?

The Navy has acknowledged its oversight in the water contamination crisis at Camp Lejeune and requests that any affected Veterans complete a form for compensation. If the initial claim is rejected, Veterans can proceed to file a personal lawsuit against the U.S. Government for their losses. With so much riding on the outcome of your claim, you should not complete any forms or sign any documents without consulting an attorney.