Veterans With TBI Face an Increased Risk of Sleep Disorders

Traumatic brain injury (TBI) has been linked to a number of serious medical complications. One that is often overlooked is the increased risk of sleep disorders.

Veterans who have sleep disorders related to a TBI often exhibit fatigue, depression, anxiety, irritability, and a decreased sense of wellbeing because their bodies aren’t getting the rest they need to function appropriately. In recognition of the impact sleep disorders can have on day-to-day life, the VA considers this a separate compensable disability that can be used to increase your total disability rating.

At first glance, it would seem reasonable to assume that Veterans with moderate to severe TBI have the greatest risk of developing sleep disorders. However, this is not the 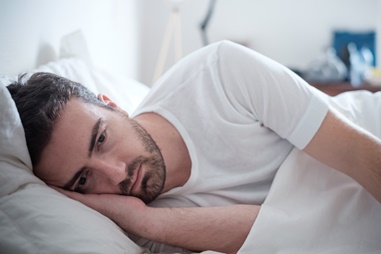 case. While moderate to severe TBI does increase a Veteran’s risk of sleep disorders to some extent, the largest increase is found in Veterans who suffered mild TBIs.

The reason for this discrepancy relates to how the different levels of TBI impact the brain. With a mild TBI, which is also referred to as a concussion, a Veteran often suffers a blow to the head that causes the brain to shift rapidly back and forth inside the skull—resulting in widespread inflammation as well as tissue damage. In comparison, a Veteran with a moderate to severe TBI has more often suffered a direct blow concentrating the damage in a smaller area of the brain.

A study published in the March 2021 issue of Neurology found that mild traumatic brain injuries result in a 49% increased risk of developing sleep disorders within five years. A prior study appearing in the July 2017 issue of JAMA Neurology found that over half of Veterans with concussions struggled with moderate to severe sleep impairment up to five years after their injuries, compared to only 20% of Veterans with no history of TBI.

The most common sleep disorders linked to a service-connected TBI are sleep apnea, insomnia, and narcolepsy.

It is extremely difficult to receive a 100% rating for sleep disorders, but they can often create significant problems in regard to maintaining your employment. If you suffer from a TBI-caused sleep disorder that is limiting your ability to work, you may be a candidate for Total Disability Individual Unemployability (TDIU) benefits. If you qualify, you could receive cash compensation at the rate of a Veteran who is considered 100% disabled using the schedular criteria.

If you’ve suffered a TBI that you believe has caused a sleep disorder, our experienced Veterans benefits attorneys can help ensure that you receive the highest possible rating for your condition. Contact us today to schedule a free, no-obligation initial consultation.