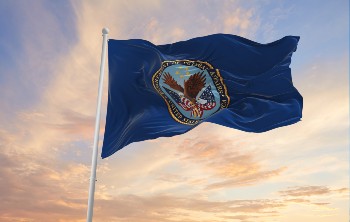 What Is the PACT Act?

The PACT Act expands the list of presumptive health conditions caused by exposure to dangerous substances, reducing paperwork and wait times for Veterans who need monthly disability benefits. The benefits of the law could reach one in five Veterans nationwide living with diseases from burn pits, Agent Orange, and other toxins.

The PACT Act helps Veterans by:

Which Veterans Are Affected by the PACT Act?

Veterans who served in the Gulf War on or after August 2, 1990, or after September 11, 2001, can now claim for various medical conditions associated with burn pits and other toxic exposures.

Presumptive conditions for these Veterans include:

In addition to the existing presumptive conditions for Veterans exposed to Agent Orange, PACT Act has included monoclonal gammopathy of undetermined significance (MGUS) and hypertension for Vietnam-Era Veterans. The law also expands presumptive benefits for Agent Orange exposure after service in the following locations:

The law also expands presumptive benefits for radiation exposure after service in the following locations:

If you’re a surviving family member of a Veteran, you may be owed the following:

Could I Get VA Disability Benefits Faster Under the PACT Act?

The VA is set to begin processing all new claims on January 1, 2023. While the resources allocated to the VA should speed processing times, tens of thousands of new claims could be filed—and there is still an existing backlog of over 100,000 claims in the system.

The PACT Act goes a long way toward addressing the medical and emotional needs of service members and their families, but the sheer number of claims pending and arriving at the VA could still result in delays. The best way to improve your chances of first-time benefit approval is to get the help of an experienced VA Disability attorney.

The office of Sean Kendall, Attorney-at-Law, helps Veterans nationwide get the compensation they deserve for service-connected disabilities. If you are a Veteran who suffered cancer or other diseases due to toxic chemicals during military service, call 303-449-4773 or use our online contact form to set up a free, no-obligation consultation on Agent Orange-related conditions. You can also learn more about your claim in our free guide, VA Benefits Handbook.