PTSD Is Often Confused With Panic Disorder, But Veterans May Be Able to Receive Benefits for Both Conditions

Post-traumatic stress disorder (PTSD) and panic disorder (PD) are often confused. If you’re seeking Veterans disability benefits, it’s important to understand the difference between these two conditions. Receiving an accurate diagnosis is the first step in getting your application approved.

The Difference Between Panic Disorder and PTSD

Panic disorder is characterized by unexpected and reoccurring feelings of fear in situations that pose no actual danger. Sufferers experience symptoms such as lightheadedness, dizziness, chest pain, trouble breathing, and heart palpitations. Panic attacks generally last for five to 20 minutes but can sometimes last up to three hours. Panic attacks can have 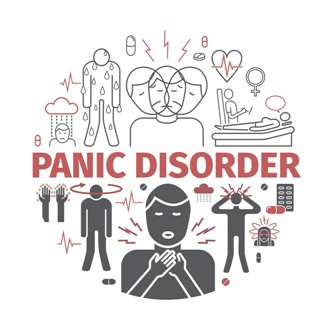 specific triggers, but they often occur for no distinct reason.

PTSD can include symptoms that are similar to what is experienced during a panic attack, but additional symptoms make it harder for the sufferer to function in everyday life. Nightmares are a common symptom of PTSD, which can lead to severe fatigue. Trouble concentrating and persistent avoidance of anything that triggers thoughts of past trauma are also common among PTSD sufferers.

The primary difference between panic disorder and PTSD is the cause of the condition. While PTSD is caused by trauma such as being hurt in combat or watching others be hurt or killed, the trauma that triggers a panic disorder is often the experience of having a severe panic attack and feeling as though one is out of control or experiencing a medical emergency such as a heart attack.

How This Affects Your Eligibility for VA Disability Benefits

To receive VA disability benefits, you must have a diagnosis from a board-certified psychiatrist or licensed psychologist. A diagnosis from a private therapist, mental health social worker, or licensed counselor won’t be accepted. Since the traumatic effect that triggered a Veteran’s PTSD and/or panic disorder may not be documented in existing service records, buddy statements or lay evidence from family and friends may also be necessary to win benefit approval

How We Can Help

If you’re seeking VA disability benefits for PTSD, panic disorder, or another mental health condition, our attorneys will fight for your rights throughout the application and appeals process. Contact the office of Sean Kendall, Attorney-at-Law, today to schedule a free, no-obligation consultation.