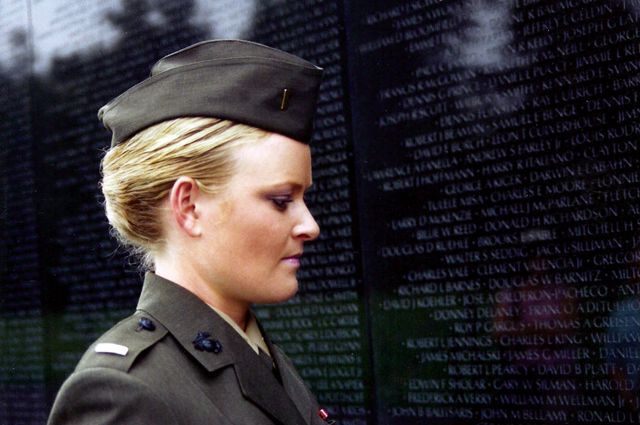 U.S. Representative Mike Coffman of Colorado’s 6th District was appalled when the rampant sexual abuse between drill sergeants and trainees was once again brought to his attention, this time in the context of an incident at Georgia’s Fort Benning.

On August 23, the U.S. Army Maneuver Center of Excellence of Fort Benning reported that multiple drill sergeants had been suspended pending investigation after a trainee reported that one of them sexually assaulted her. The timing of the allegation is chilling, coming just one year after Fort Benning welcomed women to its infantry training.

The investigation revealed that her allegation was just the tip of the iceberg, and that there were indications of additional sexual misconduct at Fort Benning.

Sexual Assault Rampant in the Military Including Bases in Georgia, Maryland, Missouri, and Texas

Tragically, this type of incident is not unique to Fort Benning. Sexual assault between drill sergeants and trainees, who often have very little power, is rampant. According to Stars and Stripes, a drill sergeant was convicted of sexually assaulting female trainees at Fort Leonard Wood in 2014. Further the Washington Post reports that dozens of drill sergeants at Lackland Air Force Base were charged with sexual assault and inappropriate relationships in 2011, while several drill instructors at the Aberdeen Proving Ground in Maryland were convicted of rape among other sex crimes in 1996.

The drill sergeant/trainee power dynamic is just one of many military relationships frequently abused, contributing to the appalling statistics regarding Military Sexual Trauma (“MST”). MST is the “psychological trauma resulting from a physical assault of a sexual nature, battery of a sexual nature, or sexual harassment which occurred while the veteran was serving on active duty, active duty for training, or inactive duty training.” It can arise after any form of sexual harassment, including non-physical behaviors such as threats of unwanted sexual behavior. 1 in 4 military women experience MST and, while it is often suggested that the number of men who experience MST is insignificant, an average of 38 military men report sexual assault every day.

Colorado’s Coffman Takes the Side of Survivors

Even though the Fort Benning report insisted that they are committed to a “values-based climate [which is] intolerant of these acts, and to respond[ing] appropriately when accusations are made,” Coffman, who serves as the chairman of the Military Personnel Subcommittee, thinks it is clear that the military has to do much more to address the sexual assault epidemic.

After he was briefed by the U.S. Army Center for Initial Military Training and the United States Army Judge Advocate General’s Corps regarding the remedial actions taken by the Army after the Fort Benning allegations, Coffman stated that he was “appalled by the troubling allegations of sexual assault and sexual misconduct involving Army drill sergeants” and that he found the idea that drill sergeants would abuse their positions to be “unfathomable.” Further, Coffman stated that while he is encouraged by the work that has been done so far, he believes the improvements to be useless without “continued emphasis and personal involvement from military commanders.” He expects the military to do more and plans to continue to dedicate his subcommittee to “robust oversight.”

Help is Available for MST Survivors

If you are a veteran and you believe you have experienced MST due to harassment that occurred while you were in the military, we are here to help. As a survivor, you are entitled to two kinds of assistance to help you heal: 1) health care for mental and physical conditions related to MST; and 2) VA compensation benefits. For more information about either type of assistance, including information relating to appealing a denial of benefits or an unacceptable rating decision from your regional office, call us today at (877) 629-1712. With decades of experience representing MST survivors, we are committed to serving as both a compassionate ear you can trust and a zealous advocate to get you the benefits you deserve.