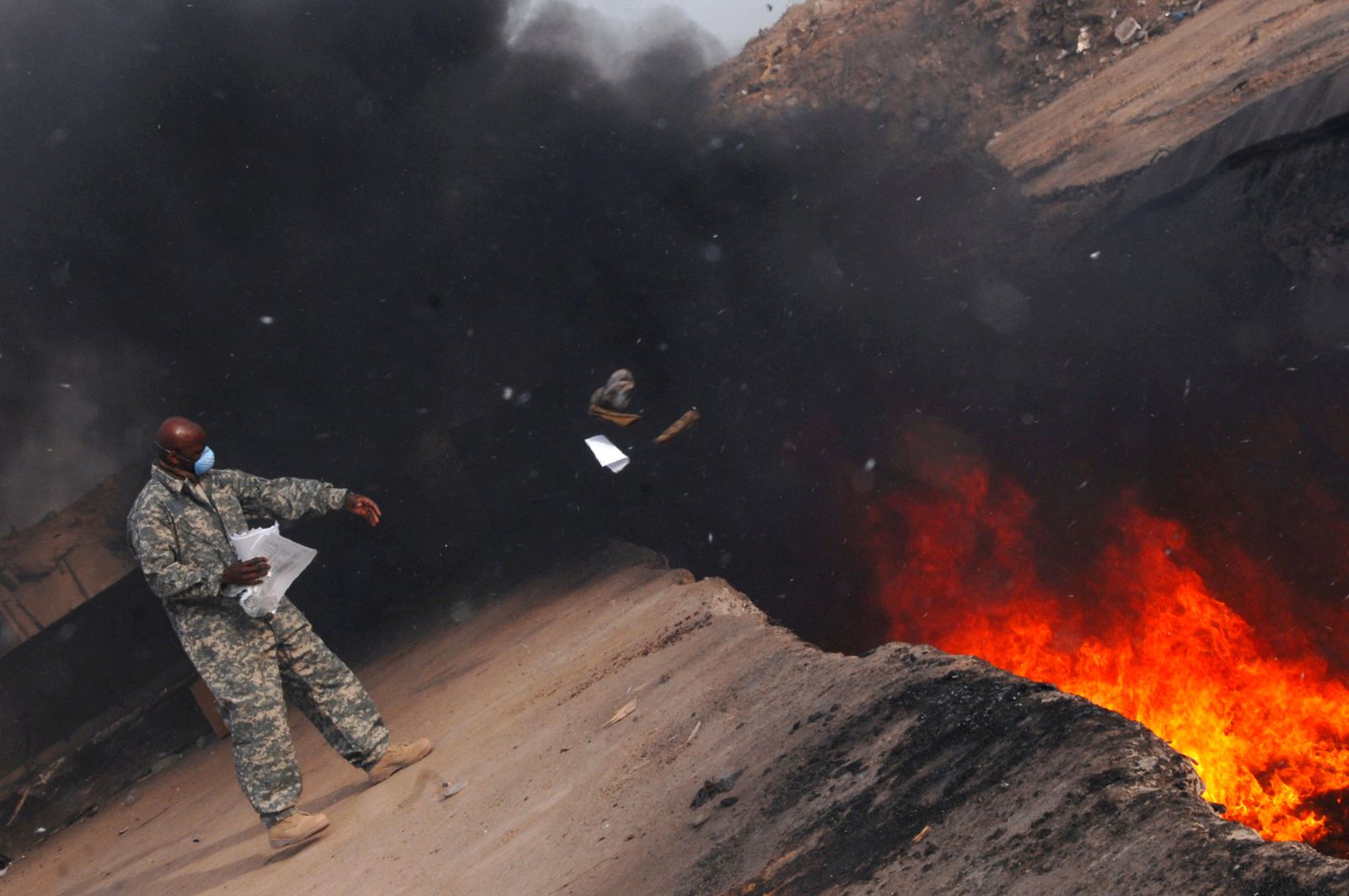 More and more veterans, and veterans’ representatives, are realizing the scope of the negative effects brought on by servicemembers' exposure to toxicity from burn pits, which are unfortunately used widley in the military to dispose of various waste. Introduced by Congresswoman (and veteran) Tulsi Gabbard of Hawaii and Congressman Brian Mast of Florida, the Burn Pits Accountability Act (H.R. 5671) is aimed at studying active-duty exposure to burn pits, which we’re learning can cause everything from mental disorders to rare forms of cancer.

On her website, Rep. Gabbard, who founded the Congressional Post-9/11 Veterans’ Caucus, says “Whether serving in Iraq or Afghanistan, our post-9/11 veterans were exposed to open-air burn pits, often for many hours a day. Some veterans who I deployed with are now falling sick with cancer and other illnesses. But, there is no research and data about exposure to burn pits and other toxic chemicals, and how they have impacted the health and well-being of our servicemembers and their families. Our bipartisan legislation will evaluate exposure to burn pits and other hazardous airborne chemicals to ensure our servicemembers and veterans receive the treatment and services they earned and deserve.”

Unfortunately, the use of burn pits (which require large amounts of petroleum products just to ignite) has been common practice by the U.S. military for waste disposal since the Persian Gulf War, and our office has seen an increase lately in phone calls from veterans experiencing symptoms from the effects of burn-pit exposure. These symptoms include, but are not limited to, eye irritation, gastrointestinal problems, rashes, respiratory irritation, neurological disorders and, as mentioned above, cancer. The Burn Pits Accountability Act, if passed, will provide more detailed and conclusive data on the effects of burn pits on the health of servicemembers.

The bill (H.R. 5671) would evaluate the exposure of U.S. servicemembers and veterans to open burn pits and toxic airborne chemicals by:

We all know about the military’s use of battlefield toxins such as mustard gas and Agent Orange, but exposure to burn pits has been a serious, dangerous part of military service for a while now, and it’s well past time to take a look at the effects of burn pits and how to help veterans suffering from post-exposure symptoms. Similar to Agent Orange and other toxicity issues, we look forward to a time when the Department of Veterans’ Affairs will admit the clear, obvious link between burn-pit exposure and serious health issues for veterans.

A recent Iraq and Afghanistan Veterans of America survey found that “80 percent of respondents were exposed to burn pits during their deployments and over 60 percent of those exposed reported having symptoms.” The evidence is already there for VA to start service connecting many veterans for burn-pit-related disabilities with expedience, but it seems like the bill Tulsi Gabbard is co-sponsoring is a necessary first step toward the Department of Veterans’ Affairs moving forward with burn-pit service connection expedience like it was forced to do by veterans and their advocates regarding issues like Agent Orange, ALS and others.

As the Hill recently noted, “Congress can be loath to support presumptions, knowing it has to appropriate funds to pay the bill. The issue of presumption would fade if the Pentagon initiated a register of toxic exposure upon initial indications of trouble — or better yet, the assumption that exposure will occur, given history. Proactively gathered data could reduce ambiguities and facilitate the decision to service connect.”

Mandating serious research into burn pits and the effects of burn-pit exposure is a great, and appreciated, first step from Congress, though it would obviously be better if our elected representatives, and the military, acted on such sensitive and important in-service health issues without needing the pressure of a bill that proposes research.

Our office will keep an eye on the Burn Pits Accountability Act and whether it leads to new disability benefits legislation from the Department of Veterans’ Affairs. If you have any questions about the bill, or your VA disability appeal, please do not hesitate to call our office at 877-629-1712.