VA Disability Benefits for a Hysterectomy 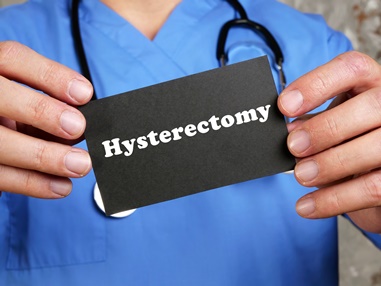 A hysterectomy is a common surgical procedure in the United States done to remove a woman’s uterus. It can also involve removing other reproductive parts such as the ovaries. When a hysterectomy is done, a woman will no longer be able to become pregnant and have children. Women in the military may have undergone a hysterectomy during or after their service due to a variety of service-related reasons and may be entitled to disability compensation.

Hysterectomies are done to treat various women’s health conditions, such as:

For those in the military, a hysterectomy may be needed to treat specific health concerns that resulted from a woman’s time in service, including:

A hysterectomy can be either total, where the entire uterus, including the cervix, is removed or partial, where only the upper part of the uterus is removed, and the cervix is left in place. In addition, a radical hysterectomy may be performed where a uterus and cervix are removed as well as any surrounding structures such as the ovaries and fallopian tubes.

How the VA Rates a Hysterectomy

In order to qualify for disability compensation for a hysterectomy, a service connection must be established. This can be done by:

The VA rates hysterectomy under the schedule for gynecological conditions and disorders of the breast. The following criteria are used to rate hysterectomy for women Veterans who had both their uterus and ovaries removed:

For women Veterans who only had their uterus removed, the following ratings are given:

A secondary service connection can be the result of an already established service-related disability. It is considered service-connected if it cannot be attributed to another cause. If a woman Veteran had a hysterectomy and it resulted in a secondary service-connected condition, then that condition may qualify for disability benefits. An example of this is a woman no longer being able to get pregnant or have more children due to the hysterectomy. She may develop depression due to her inability to have children. The depression may qualify as a secondary condition and she may be able to receive VA disability compensation for the depression in addition to her hysterectomy.

We Can Help With Your Claim

If you needed a hysterectomy and have questions about disability benefits, contact the office of Sean Kendall, Attorney-at-Law, at (877) 629-1712 for a free, no-obligation consultation. We can help get your disability benefits approved and make sure you get the compensation you deserve. In addition, we can also help if your claim has been denied.