PTSD Statistics Show You're Not Alone

Veterans seeking VA disability benefits for their service-connected post-traumatic stress disorder (PTSD) often feel as though no one understands what they're going through. A look at PTSD statistics reveals that this mental health disorder is much more common among Veterans than you might expect.

PTSD Impact by Time of Service

The military has made significant improvements in efforts to support the mental health of soldiers, but a sizable number of Veterans still struggle with PTSD. 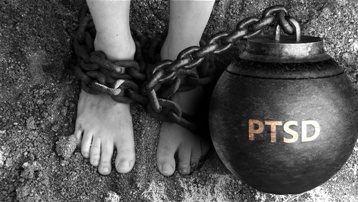 In comparison, it is estimated that 7% to 8% of the general population will struggle with PTSD at some point in their lives.

PTSD affects both and women, but its impact does vary by gender. Deployed men are 1.3 times more likely to suffer from PTSD than deployed women. Among deployed men, 16.3% meet the criteria for a PTSD diagnosis—compared to 12.5% of deployed women.

People of color face unique challenges in their day-to-day lives and are more likely to have experienced other forms of trauma before enlisting in the military. As such, it should be no surprise that PTSD rates for deployed Veterans are highest among Veterans of color:

Effect of Service Branch on PTSD

All Veterans make great sacrifices for the good of their country. However, PTSD rates in Marines are significantly higher than the rates of those who served in other branches.

It is still unknown why some people develop PTSD and some do not, but there are some risk factors that are known to increase a Veteran's chances of being diagnosed. These include:

PTSD is linked to a number of co-occurring conditions that can also qualify for VA disability benefits. For example:

Getting Help With Your Claim

The process of being approved for disability benefits can be frustrating, but the office of Sean Kendall, Attorney-at-Law, is here to help. We work with Veterans suffering from PTSD who are having trouble accessing their VA benefits to ensure that all of their primary and secondary conditions are fully compensated. Contact us today to schedule a free, no-obligation initial consultation.