6 Things Veterans Need to Know About the CAVC 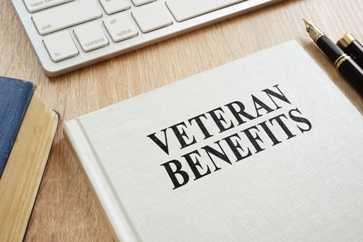 The United States Court of Appeals for Veterans Claims (CAVC) reviews decisions from the Board of Veteran’s Appeals (BVA) when a veteran wishes to contest a ruling. If you’re taking your case to the CAVC, there are some key points you must keep in mind.

A trial at the CAVC is nothing like a criminal court trial. Your case will not be heard by a jury. It will be reviewed by either one judge or a panel of judges. Typically, you will have a single judge if your case won’t lead to the creation of new laws that apply to other veterans and a panel of judges if your case may set a precedent for other VA decisions.

The CAVC has seven judges. Each judge serves a 15-year term. They are appointed by the President of the United States and must be confirmed by the Senate.

2. There’s a Lower Standard of Proof

In a criminal case, guilt must be proven beyond a reasonable doubt. In a civil case, the preponderance of the evidence standard requires the plaintiff to establish that it is “more likely than not” that the facts presented are true.

VA cases are different from criminal or civil cases because they use a much lower standard of proof. The VA uses something that is referred to as the benefit of the doubt doctrine, which means that a ruling should be made in favor of the veteran if there is equal evidence for both viewpoints. This was established in a precedential CAVC case known as Gilbert v. Derwinski.

By the time you reach the CAVC level of the VA’s appeals process, your case is being reviewed based on the existing record only. There is no opportunity to add new evidence—whether that refers to medical evidence or statements supporting your service connection. The Court is only concerned with whether the BVA applied the existing law correctly.

4. There Are Multiple Potential Outcomes

It might seem as though the only possible outcome of a CAVC review would be to deny or grant your benefits, but this is not true. Often, cases are remanded back to the BVA. This means that the BVA must do take additional steps to develop the case before the CAVC will review the file and make a decision. A remand essentially means that the CAVC believes the BVA has made some sort of legal error that entitles you to another chance to argue that you should receive disability benefits.

5. The CAVC Isn’t Necessarily the End of the Road

The majority of Veterans do not take their cases beyond the CAVC. However, if your benefits are denied at this level, the Federal Circuit Court of Appeals can override the decision. There is no guarantee that this Court would decide to hear your case, but an experienced Veterans benefits attorney can help you determine your next steps if you disagree with the CAVC decision.

6. You’re Not Required to Have an Attorney, but the VA Will Have Legal Representation

There is no law that requires you to have an attorney to represent your interests at the CAVC. However, the VA will be represented by an attorney and obtaining your own representation is the best way to make sure you’re being treated fairly. You might be worried about affording an attorney, but most attorneys will petition the CAVC to have the VA pay their fees under the Equal Access to Justice Act (EAJA) if the Veteran prevails and VA law sets strict limits on what fees are allowed to be charged to the Veteran if they do not win at this level.

At the office of Sean Kendall, Attorney-at-Law, we’ve been helping Veterans access the VA disability benefits they’ve earned in service of their country for more than 20 years. Contact us today to schedule a free, no-obligation initial case review.