I recently had the pleasure to read a Board of Veterans’ Appeals decision that granted my client’s claim for entitlement to service connection for prostate cancer. My client, an Air Force veteran who served at the Royal Thai Air Force Base in U-Tapao during the Vietnam War. The Department of Veterans Affairs (VA) denied his claim because the VA will not concede that all veterans who served at Thailand air bases were exposed to tactile herbicides (Agent Orange). To win service connection for this Oklahoma veteran, I had to prove that he served on the perimeter of the base even though his primary MOS was not security or dog handler. Read the BVA Decision. (To learn more about the importance of the perimeter in your Thailand Agent Orange claim read this)

After I had argued at the BVA hearing on behalf of my client, the Board issued a decision in a different case, that determined that working on the flight line of the U-Tapao RTAFB base is the same thing as serving on the perimeter. Although, BVA decisions are non-precedential, veterans can still use them to argue their own cases, whether it is at the BVA or at the VA Regional Office. I did in my case, and still use the decision in every other Thailand herbicide case that I argue.

Almost all of the Air Force and Army veterans who that win their claims based on exposure to herbicides in Thailand, are also entitled to a 100% rating for Total Disability Individual Unemployability (TDIU). Why? Because unemployability (TDIU) is part and parcel of every claim, whether the veteran specifically filed for it or not (read more on effective dates for TDIU claims here).

Most veterans who served in Thailand are suffering from one or more diseases on the presumptive list but have been repeatedly denied by the VA. By the time they prove their claim, their disabilities have likely prevented employment for years. At our firm, if you are not receiving 100% we automatically argue for TDIU going back to the date you last worked, or originally filed for service connection.

It took two years, a BVA hearing, several written arguments, and the submission of often overlooked evidence, but the Oklahoma veteran who I represented finally won his case. If you are a Thailand veteran and VA has denied your claim, I urge you to take advantage of our free case consultation. Ask for me, Timothy Franklin, and I will personally review it. 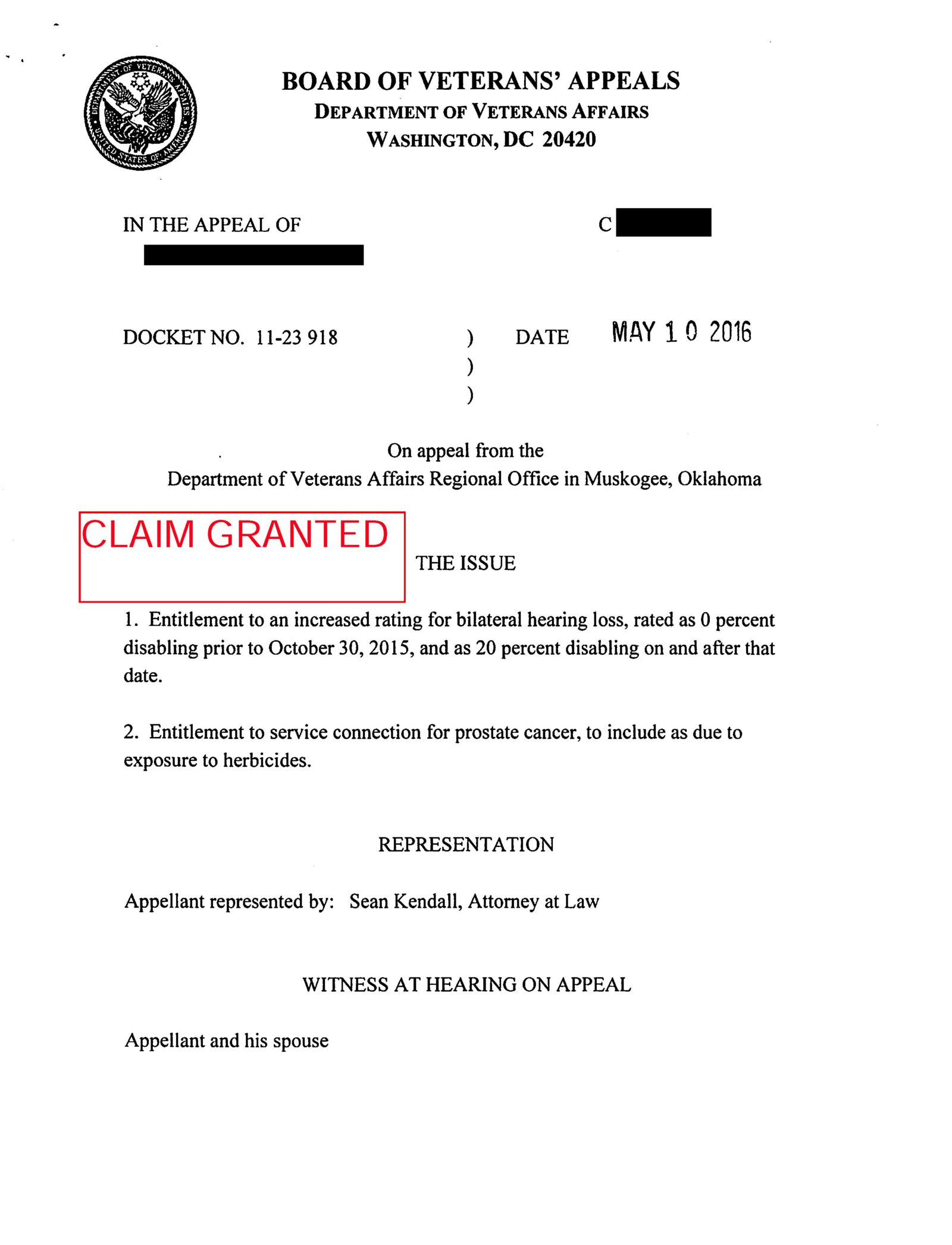 by Timothy R. Franklin [email protected]
7 Comments
I was stationed at U-Tapao from August 1970-1971. I was assigned to Supply Squadron but worked ( first four months ) with security forces to augment base security. My assignments were from perimeter to flight line security. I remember one day we were asked to fill our canteens with water that appeared brown in color. When we raised concern about the water, they told us the water supply was contaminated with sand. We had no choice but to accept their explanation or dehydrate. Once my four months were finished we were required to respond to any alerts throughout the year. Once I returned to my supply squadron, I was assigned to work with Civil Engr. on the outer fringes of the base complex.
by Johnny Marron May 28, 2018 at 11:22 PM
I served at Camp Same San and 1971 to 1972 do you think I have any type of a case. I have been denied once. Thank you
by Gary Rhinehart May 28, 2018 at 07:03 PM
My brother, Darrell LeRoy Webster, served in the US Air Force at U-Tapao, Thailand, in the mid 1960s. He died last year (2017) of glioblastoma though he was extremely strong and healthy prior to that. He served on the flight line as radar repairman on planes flying to and from Vietnam. Whatever those planes were hauling, he was definitely exposed to it. I also have a photo of him sitting on several canvas-appearing bags in the jungle. What could have they contained? From his first symptom to the day he died was 4 months. I will supply you with what information we may have of his service records. It's very strange that so many soldiers have been and are now afflicted with such brain cancer: John McCain, Beau Biden, etc. are among those soldiers.
by Claudia P. Webster-Scholten May 4, 2018 at 01:10 PM
I was a medic in the ER at UTAPAO from mid 73-74. I was on the perimeter frequently with my ambulance for standby for inflight emergencies. I was also a patient in a "mock disaster" drill and was laying on the ground rolling around on the perimeter. I have been denied for Agent Orange exposure more than once. I have had prostate cancer in 2010, and in 2016 had ischemic heart disease requiring a double bypass surgery. I feel like I should be compensated for exposure. Can you tell me if that seems reasonable? I finally won my appeals for PTSD and got increased to 60% disability after a few years. Thank you.
by Donald Daugherty April 2, 2018 at 05:30 PM
us air force utapao 1969to1970 jet eng mech
by charles durgin May 10, 2017 at 08:59 PM
I worked in the Bomb Dump ( feb.69 - feb.70 ) in line delivery. It was definitely on the perimeter. Would i be covered
by Rex November 25, 2016 at 06:53 PM
I served at Camp Same San at Utapao 1972-73. Am an amputee .
by Dennis Layton September 25, 2016 at 02:32 PM
Post a Comment