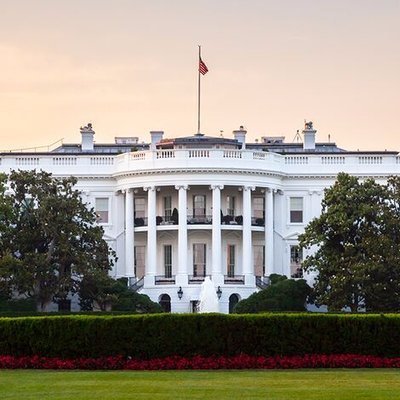 Veteran's Hotline Aims to Smooth Transitions and Offer a Voice

If, after my many years of work with the agency, I had to choose one word to describe the Department of Veterans’ Affairs (“VA”), “timely” would be at the bottom of my list. So, naturally I was skeptical when VA officials announced that the new White House complaint hotline would serve to "collect, process and respond to the complaints of individual veterans in a responsive, timely and accountable manner," particularly in light of the tragic failure of the VA’s other hotline, the veteran’s suicide line. However, much to my surprise, the hotline’s implementation has done exactly what it has set out to do.

The VA’s White House Complaint Hotline, which can be accessed by dialing 855-948-2311, had its soft launch on June 1st of this year, just as VA Secretary David Shulkin promised. Since then, the hotline has been open 8:00AM-5:00PM EST from Monday to Friday.

While the original plan was for the hotline to be open 24 hours a day, every day of the week beginning August 15th 2017, that date has been pushed back to October 15th 2017 in order to accommodate one important addition to the program: a staff made entirely of veterans. Apparently callers – who, so far, have mostly used the hotline to inquire about disability benefits and specific VA programs – have expressed such a strong preference for speaking with fellow veterans that VA decided to take their lead and re-formulate its hotline staff.

The Hotline Holds VA Accountable in New York and Beyond

The new hotline brings great promise to hold the VA to new levels of accountability. When Adam Perry, our highly skilled paralegal, called the hotline for the first time, he did so to report inadequacies at the New York City Regional Office (“RO”). While he wasn’t sure what to expect, he was pleasantly surprised when another human not only answered the phone, but listened to his complaints and told him the New York VA would be held accountable.

Since then, we have encouraged many our clients to call the line. We were elated to find out, through their experiences, that the White House has ordered the VA to provide a detailed status update within 15 days. That is huge, and hopefully it will lead to much more VA accountability.

The new hotline is just one of many steps forward for VA under Shulkin’s watch. Shulkin, who was nominated by president-elect Donald Trump on January 11th of this year, began his role as the Secretary of Veterans’ Affairs with serious ambitions. He vowed to build trust between veterans and the government, and on his 100th day as Secretary he laid out a 13-point plan to reform the most glaring issues at VA.

Yet, rather than withering under these very large expectations, Shulkin has gone above and beyond, crossing partisan lines and earning unprecedented support as he relentlessly fights for a more effective VA. Since January 11th, Shulkin has had a long list of successes, including increasing the quality at VA by firing hundreds of inadequate employees, addressing the wait-time issue by publicizing wait times at hospitals and clinics, expanding access to VA health case to isolated veterans through mobile phones, and reforming the VA’s outdated IT system with the purchase of a $16 billion digital health record system. Additionally, the Forever GI Bill, which expands veterans’ access to education, and the Accountability and Whistleblower Protection Act, which creates more power to remove ineffective VA employees, were both passed under Shulkin’s watch.

Getting Benefits Through the Improved VA

Greater efficiency at the VA means that benefits should be granted in a more timely and fair manner. However, there is still a long way to go before the process is as easy as it should be. Shulkin has said himself that VA has decades worth of struggles that needs to be addressed. Therefore, the best way to overcome VA bureaucracy and get the benefits you deserve is by hiring an experienced attorney.

With decades of experience obtaining MST, TDUI, and other disability benefits for veterans from Colorado to New York and beyond, I am confident that we can get you the benefits you are entitled to.

Regardless of where you are in the application process, call us at (877) 629-1712 to get on the right track to winning your benefits today.