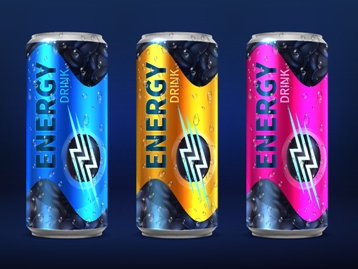 Energy drinks such as Red Bull, Monster, Rockstar, and Amp are regularly consumed by soldiers as a way to stay alert for combat missions despite sleep deprivation. Many of these men and women continue their high energy drink consumption as they return to civilian life.

Although energy drinks don’t cause post-traumatic stress disorder (PTSD), they do contribute to mental health issues that increase a person’s risk of the condition and make it more difficult to treat. Veterans who are experiencing symptoms related to PTSD are advised to avoid energy drinks and limit their total caffeine intake as part of the overall treatment plan.

A study in Military Medicine found that one in six soldiers had a high level of energy drink use—defined as two or more drinks per day—and that 75% of soldiers consumed at least one energy drink in the past month. Post-deployment, an astonishing 70% of soldiers with high levels of energy drink consumption met the screening criteria for PTSD. Major depressive disorder, generalized anxiety disorder, and alcohol misuse were also found in high numbers among those who consumed the most energy drinks. Additionally, aggressive behaviors such as yelling, shouting, threatening others with violence, or physically engaging in fights were more common among those who consumed the highest levels of energy drinks.

Get the Help You Need to Manage Your Condition

The VA offers a number of resources for Veterans struggling with PTSD, including counseling and medication. However, this study suggests that lifestyle modifications such as avoiding energy drinks and limiting other sources of caffeine may also help make PTSD symptoms more manageable. Abnormal sleep patterns are exacerbated by high levels of caffeine and can make worsen a wide range of mental health conditions.

When your PTSD is related to your military service, you may qualify for VA disability benefits that provide medical care as well as cash compensation. The VA assigns ratings of 0%, 10%, 30%, 50%, 70%, or 100% for PTSD, with higher percentages receiving greater compensation due to a more severe level of impairment. Veterans with severe PTSD or those who suffer from other service-connected conditions that limited their ability to work may be able to receive Total Disability Individual Unemployability (TDIU) benefits.

Navigating the disability application and appeal process can be an overwhelming task, but you’re not alone. Contact the office of Sean Kendall, Attorney-at-Law, today to schedule a free, no-obligation consultation to discuss what we can do to help you access the benefits you’ve earned in service of your country.