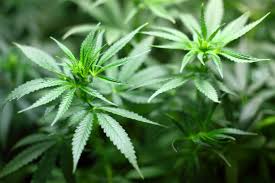 During the American Legion’s annual conference in Washington, Tennessee Representative Phil Roe, who also serves as chairman of the House Committee on Veterans’ Affairs, made it clear that he thinks the Department of Veterans’ Affairs (“VA”) should study the potential benefits of marijuana just as it would study any other drug.

While it was recently announced that veterans would be allowed to discuss their medical-marijuana use with their VA providers, the VA is still forbidden from recommending marijuana or completing paperwork for marijuana programs.

Providing medical marijuana as an option for veterans suffering from chronic physical and/or psychological pain could be a revolutionary alternative to the incredibly dangerous opioid and psychiatric medications which the VA currently prescribes.

VA Secretary Shulkin’s stance on the issue is still unclear, but he has continuously harped on the fact that marijuana’s Schedule 1 status poses special barriers to research. We at the Law Offices of Attorney Sean Kendall are in favor of any treatment option that can improve the quality of life of our nation’s heroes. Therefore, we are hopeful that Representative Roe’s recent statements will spur Shulkin to take meaningful steps towards beginning medical-marijuana research.

How You Can Win Benefits For Your Service Connected Disability

Veterans suffering from service-connected disabilities such as PTSD, depression, anxiety, and chronic pain are entitled to both quality medical treatment and monetary benefits. Therefore, if you are a veteran with a service-connected disability, we encourage you to apply for disability benefits right away. If you have already applied and you received a denial or an unacceptable rating decision, we are here to help. With decades of experience cutting through VA bias, we are confident we can win you the benefits you deserve. When you are ready, send us a note or give us a call at (877) 629-1712.