Multiple myeloma is a type of cancer characterized by an abnormality in the body’s plasma cells. When these antibody-producing white blood cells become abnormal and continue reproducing in an abnormal way, it leads to severe immune system impairment. Kidney and bone problems are also common side 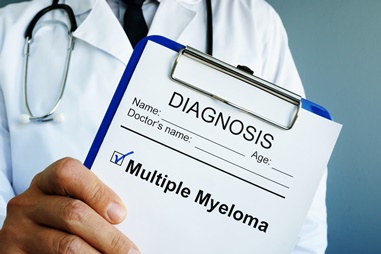 The exact cause of multiple myeloma is unknown. However, there has been enough research into increased rates of the condition among Veterans exposed to Agent Orange that the diagnosis qualifies for a presumptive service connection. Receiving the presumptive service connection can aid in your request for VA disability benefits since you won’t need to show evidence linking your condition to your military service.

Veterans are entitled to a presumptive service connection for multiple myeloma if they served in Vietnam between January 9, 1962, and May 7, 1975. This includes boots-on-the-ground Veterans, Veterans with service aboard a ship that operated in the inland waterways of Vietnam or made visits ashore, and Blue Water Navy Veterans.

Veterans who served in or near the Korean demilitarized zone (DMZ) are eligible for a presumptive service connection if they served between September 1, 1967, and August 31, 1971.

Other Veterans may be eligible if their specific duties were related to Agent Orange. For example, Veterans who were involved in transporting, testing, or storing Agent Orange and Veterans who were assigned as a reservist to certain flight, ground, or medical crew duties at Lockbourne/Rickenbacker Air Force Base in Ohio (1969 to 1986), Westover Air Force Base in Massachusetts (1972 to 1982), or Pittsburgh International Airport in Pennsylvania (1972 to 1982) qualify for a presumptive service connection for multiple myeloma.

The VA rates multiple myeloma under 38 CFR § 4.117, Schedule of ratings – Hemic and Lymphatic Systems. Since it does not have its own diagnostic code, it is given an analogous rating based on the Veteran’s specific symptoms.

Most often, multiple myeloma is rated analogous to either Hodgkin’s disease (DC 7709) or Leukemia (DC 7703). A Veteran will qualify for a 100% rating if the cancer is active and being treated. The rating lasts until six months after the end of cancer treatment, then a lower rating is assigned based on the current symptoms.

The office of Sean Kendall, Attorney-at-Law, is committed to helping Veterans exposed to Agent Orange receive full compensation for their service-connected disabilities. Contact our office to request a free, no-obligation consultation.